BILLY RINGROSE
A memoir of my father 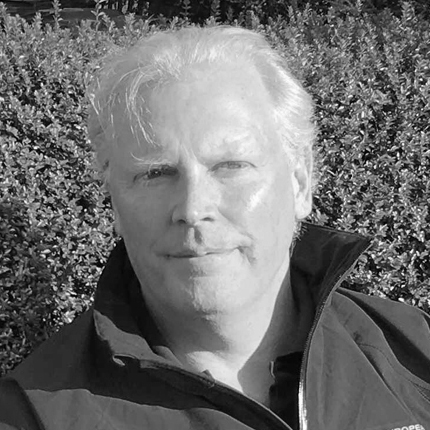 In this 280-page book, copiously illustrated with pictures from a remarkable career, journalist Fergal Ringrose tells the story of an Irish sporting legend: his father, Colonel Billy Ringrose.
WITHIN THE SPACE of one month in 1961 my father Billy Ringrose won the Grand Prix in Nice, presented by Princess Grace, and then the Grand Prix in Rome, presented by Queen Elizabeth II who was at the time on a State visit to Italy. The Grand Prix Romulus & Remus Trophy he won in Rome resided in our house in Leixlip for many years during my childhood; it now takes pride of place in the trophy cabinet at McKee Barracks in the Phoenix Park.

In his riding career Billy won six individual international show jumping Grand Prix and seven Nations Cup team events –- including being part of the first mixed Army-civilian Irish team to win the Aga Khan Cup in 1963 along with Diana Conolly-Carew, Seamus Hayes and Tommy Wade. He won the Aga Khan Cup again in 1967, alongside Hayes, Wade and Capt Ned Campion.

At a time when very few Irish sports people competed at world class level in any discipline, Billy Ringrose with his top horse Loch an Easpaig was in the elite group of international riders on the global circuit, along with Hans Günter Winkler, David Broome, Raimondo D’Inzeo, Fritz Thiedemeann, Graziano Mancinelli and Nelson Pessoa -- plus of course Seamus Hayes and Tommy Wade from Ireland. He competed for Ireland at two Olympic Games; Helsinki in 1956 (where the equestrian events were held, as Melbourne was too far away to send horses) and Rome in 1960.

My father is the only person to have won the Aga Khan Cup as a rider, then as Chef d’Equipe of the Irish team, later presenting the trophy to the winning Irish team Chef d’Equipe in his role as President of the RDS. Dad is also the only rider to have won the Grand Prix event at all four shows on the American tour the Army team undertook in the Fifties and Sixties; Washington DC, Harrisburg Pennsylvania, Madison Square Garden in New York and the Toronto Winter Fair.

And yes Billy is related to young Leinster and Ireland rugby star Garry Ringrose! In fact, Garry’s granddad Des and granduncle Billy jumped together on the Aga Khan Cup team in 1957 -- on the very same RDS turf Garry now plays on for Leinster sixty years later.

Over the course of a year I sat down with my parents Billy and Joan and recorded a series of conversation, looking back at their lives from childhood during the Emergency through to Dad’s riding career in the Fifties and Sixties. I also spoke to other equestrians – Ned Campion, Sneezy Foster, John Ledingham, Brian MacSweeney and Des Ringrose – to help complete the story of one outstanding Irish Army rider: my father, Colonel Billy Ringrose.
Order a copy here > 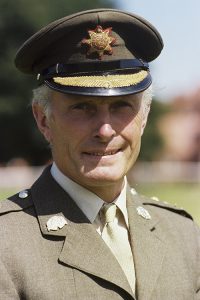 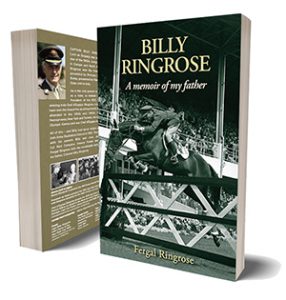 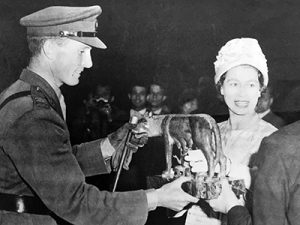 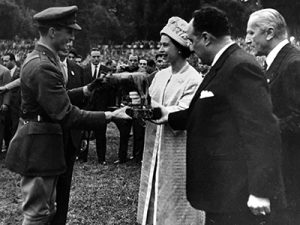 May 3 1961: Queen Elizabeth II presents the Romulus & Remus trophy to Dad on winning the Grand Prix at the Piazza di Siena, Rome with Loch an Easpaig. Billy also came second on his back-up horse, Cloyne 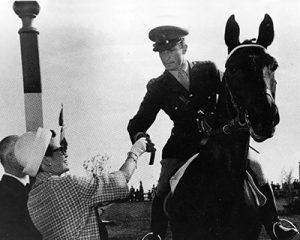 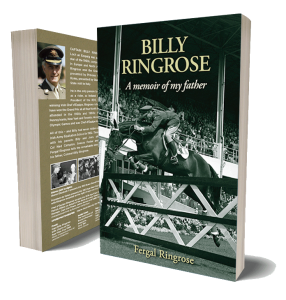